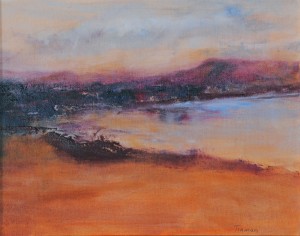 Tinman renders Irish land- and seascapes in a modern, semi-abstract style using thick impasto oils, often contrasted with areas of transparent glazes. Her paintings, mostly of the remote West of Ireland, are influenced by the dramatic changes in weather from the intense white light of a low winter sun, to the darkest Prussian blue of an approaching storm. In her works she may capture the atmosphere and remoteness of an isolated farm standing in desolate bogland that stretches to the far horizon under gathering storm clouds. In contrast a tranquil, sandy beach can lie under azure summer skies reflected in the sea’s undulant mirror. 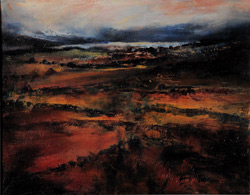 The tactile surface of every piece is of great importance to both the painting and the viewer bringing as it does the elements of the countryside closer and drawing the viewer into the picture in a modernist way.

Dorothy is a member of the Ulster Society of Women Artists and the Arts Society of Ulster and exhibits regularly with both. She has also exhibited several times with The Royal Ulster Academy and her paintings are included in many collections, including the First Trust Bank, and throughout the British Isles, USA and Canada.

Paintings are available from the artist directly. 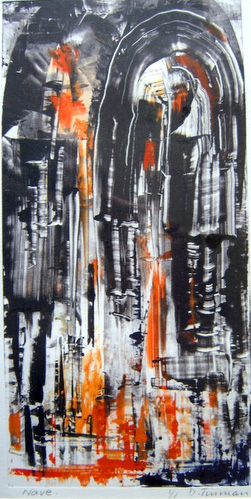